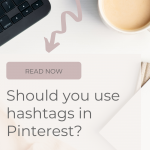 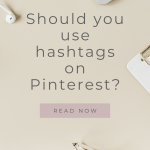 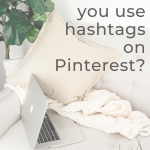 Let’s start by looking at where to use hashtags on Pinterest. Typically, this would be in your pin description. When uploading your pin (either directly in Pinterest’s own scheduler using the Create Pin option or via Tailwind) you would usually type in your lovely keyword-filled description and then add in some hashtags relevant to your pin. 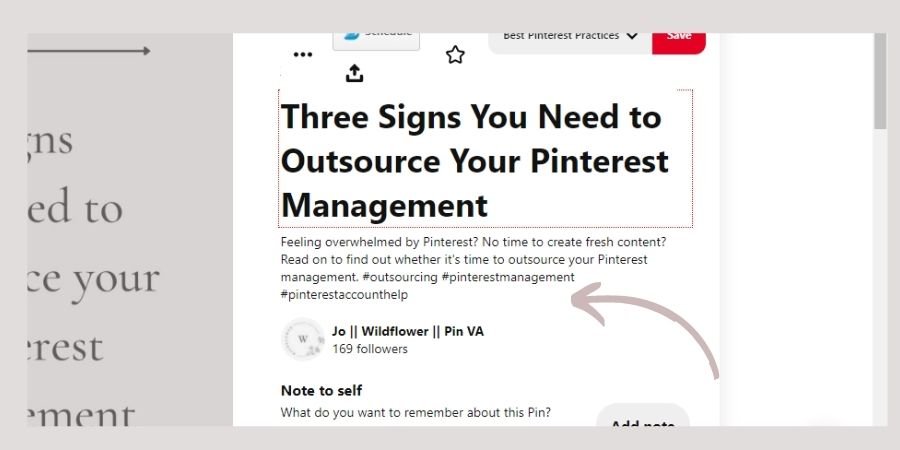 Up until late 2020 hashtags on Pinterest worked like hashtags on other platforms. They were searchable, highlighted in blue and creators added them into pins to enable those pins to be more discoverable. Pinterest changed this, meaning the hashtags were no longer clickable or searchable. Pinterest also changed the way the pin feed looks, so the pin descriptions no longer show. You now just see the pin image. Even when you click a pin for a closer look, only the first three lines of text show (approx 160 characters), meaning those hashtags you stuffed on the end of your pin description won’t show.

Hashtags now are just searchable in the same way as normal keywords. If you search for “#hashtagsonpinterest” you get results of pins relating to “hashtags on Pinterest”. Not one of the top pins that I searched had #hashtagsonpinterest in the pin description (or any hashtags, for that matter!). 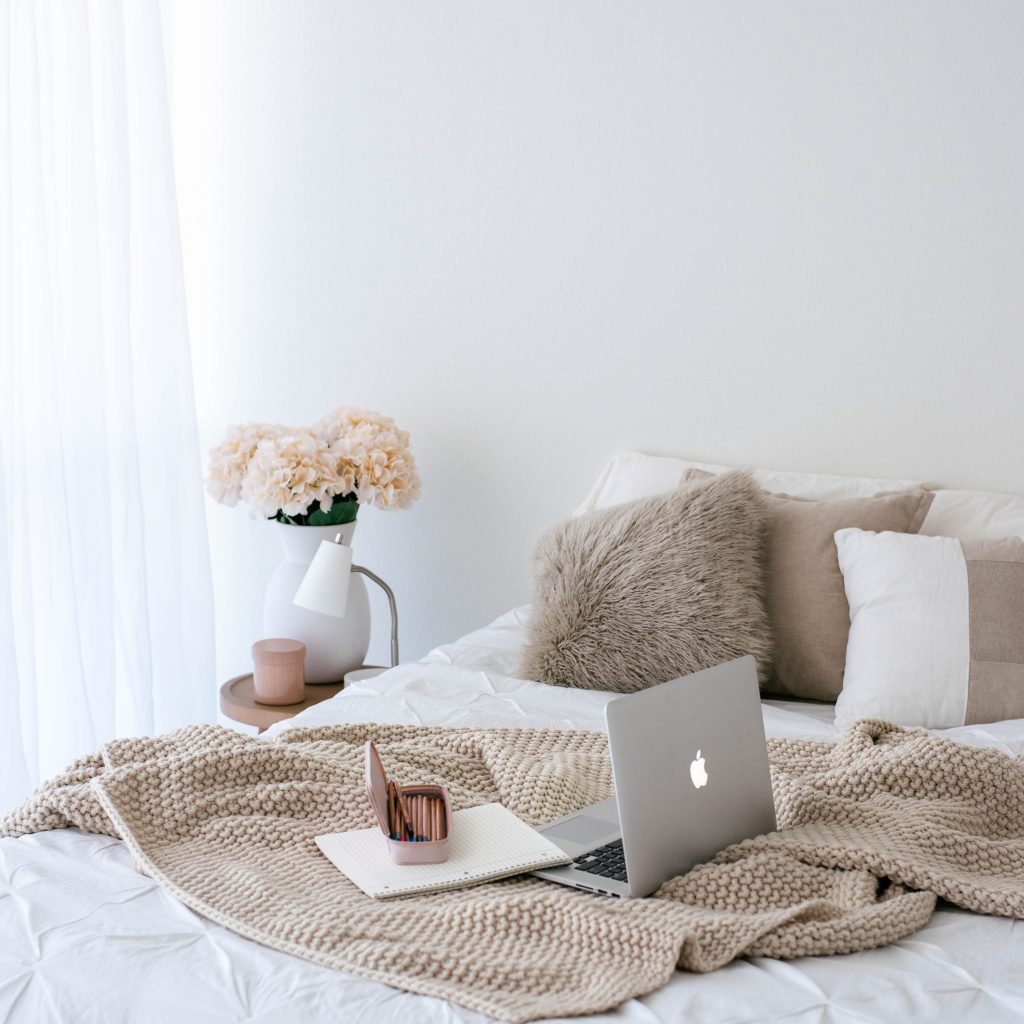 Going forward, it seems clear that the best practice would be to use keywords, added into the Pin Description and Pin Title in a natural way, rather than hashtags. If used in small amounts hashtags can work as extra keywords, but too many can end up looking spammy and with Pinterest’s overactive spam filter in charge at the moment, it’s always wise to err on the side of caution when it comes to looking like a spammer! Also, if you are only using one or two hashtags, you have to wonder what the point of them is.

If you already have pins with hashtags on that are out there in the Pinterest universe, don’t worry about them. There’s absolutely no point in going back and changing old pins as you only edit the first version of it. When your pin is pinned by someone else they essentially make a copy of it, so changing your version won’t change theirs. 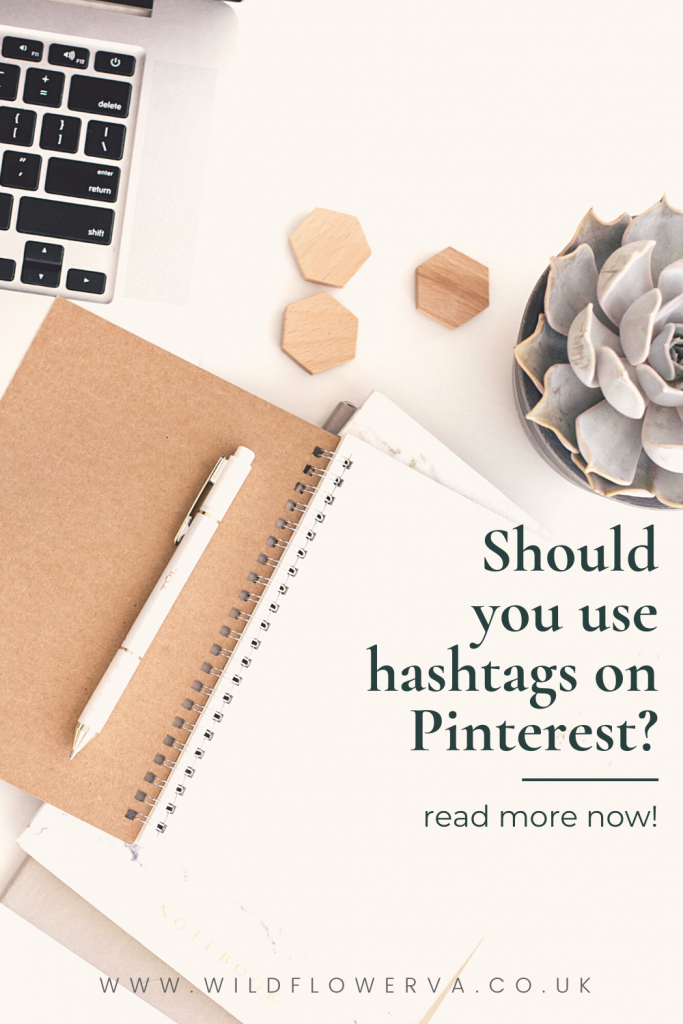 If you need any more help or advice about Pinterest, get in touch! 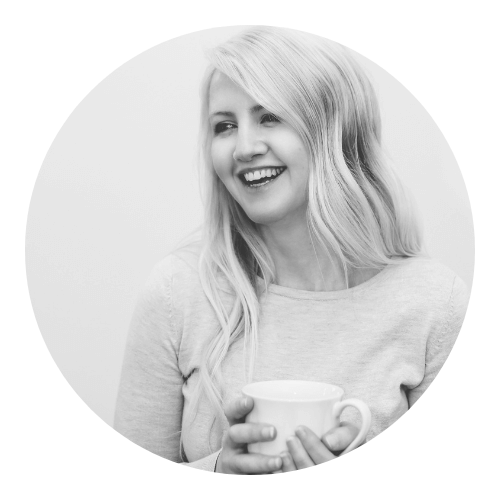 Hiya! I'm Jo! When I'm not helping clients increase their web traffic and blog views with Pinterest, I can be found reading vintage books, working in my garden or dragging my reluctant family out for long walks. Preferably to a pub.

I only recommend products I would use myself and all opinions expressed here are my own. This blog may contain affiliate links through which, at no additional cost to you, I may earn a small commission. Read full privacy policy here. 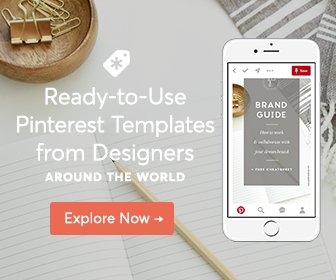 Pinterest can seem a bit overwhelming when you fir

I am loving these lighter mornings! They really gi

Spring is definitely in the air today! I'm almost

So Pinterest now doesn't let you claim your Etsy s